Our Memorial Day weekend this year doubled as a family reunion. This story also contains some theft and possible arson but those are just footnotes. The common thread between us was the mitochondrial DNA of the Willis Clan as passed on by a lady known as Mother, Grandma, Great Mother, and, I believe, Jimmie for some reason.

She is a bold woman who had the audacity to give birth to five children. These children got later married and procreated. The second round of offspring learned nothing from the first (which is the primary problem with humans) and after many years the number of people gracing this earth associated with the original Willis female now numbers near sixty. Almost all of them gathered together on the banks of the Tennessee River to take one epic photograph and to fill the rest of the time with medium talk and Bloody Marys (Maries?, Mary’s?, English is a tough language).

Medium talk is a step above small talk in case you were wondering. I don’t need you distracted by trying to decipher “medium talk”. Let’s continue.

As luck would have it, my name and phone number where associated with the registration of one of the rooms. Most of my relatives were staying at this hotel including our guest of honor; Great Mother. Just as everyone arrived and we were beginning to settle in to our morning Vodka with tomato juice I got a phone call.

Lady Voice: This is Darla from the front desk.

UD: Okay. Can I help you with something?

Darla: Well… Someone from your party borrowed a wheelchair to transport a lady to the parking area. Those wheelchairs are not supposed to leave the premises.

I scan the perimeter and notice that Great Mother is sitting in a shiny new wheelchair. One that I am certain she didn’t have the day before.

Darla: The problem is that we are getting close to lunchtime and we usually have guests who need that wheelchair during lunch. We need it back.

UD: I understand. I’m sure it will be returned very soon. 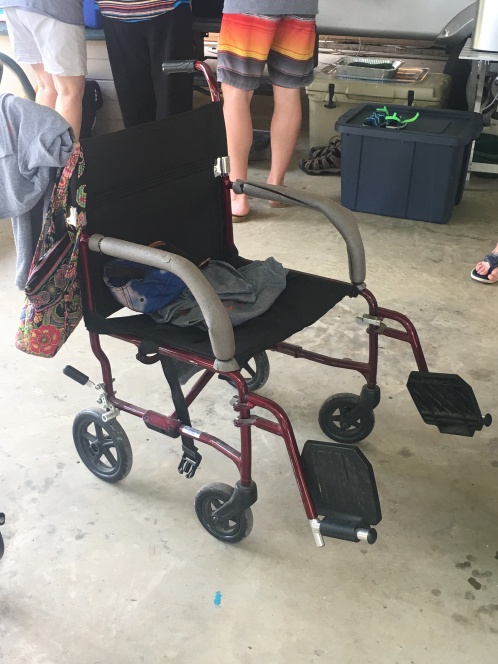 It is the dollar store version of a wheelchair if we are being honest.

We tried later to gather for a family picture. It was incomplete but most of the family made it into the frame. Everyone was saying cheese and looking into the camera when someone noticed a slight flame peeking out from under the lid of the gas grill. Turns out that Dangraddy’s Rubbed Beef Butt had become the victim of a grease fire. Not to fear because GJ dashed a small bottle of water into the flames. The flaming grease flushed under the grill and started to burn near the top of the propane bottle. Sadly, there was no massive propane explosion. The pictures would have been epic. 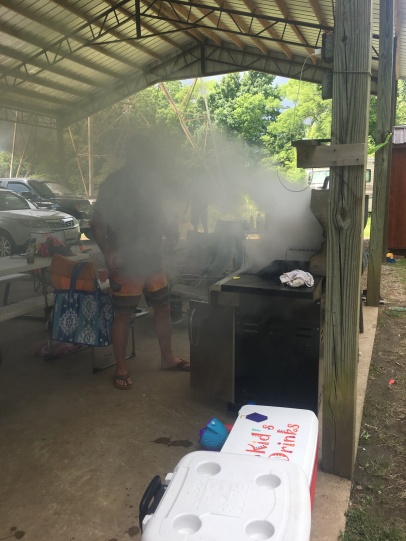 Or everyone would have died in a blaze of glory. The scraps of someones cellphone would have recorded our last moments which would look something like this… 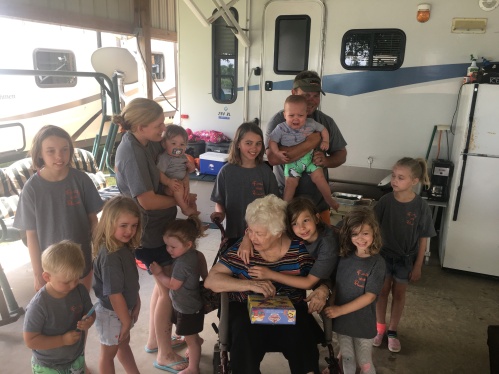 The best part about gathering everyone together was having time that was free for all the cousins to play together. Creating the family bond is important and life tends to let us drift apart and tatters the threads that hold us together. It may be several years before we gather again but the memories will hold us over.

Everyone got to ride the boat. All the children got to ride Super Mable. My child jumped off of the inner tube in the path of an oncoming barge. That was fun.

Aunt Ebee made sure the kids were entertained with plastic balls and glow sticks. They had a pool too.

We had a stew dinner the first night. During the day, everyone took turns stirring the stew so it wouldn’t burn to the bottom of the black kettle. A small group was perpetually gathered around the stew in a fellowship of cooking smells and tidbit stories. Trading the large wooden paddle to the next cook in line when their arms got tired. The stew was delicious and as we sat together to eat it with our small Styrofoam bowls I couldn’t help but think about a conversation I had the week before. Apparently the banks of the Tennessee River have been a popular gather place for hundreds of years. Native Americans would gather in large groups and eat mussels as part of large family events. The discarded pile of shells would eventually be covered by soil from river floods and buried in the earth. As the river erodes side to side across the valley, these piles of shells appear and slide down the banks. I think it is neat to realize that there is a universal comfort in food and family. And spending time together. 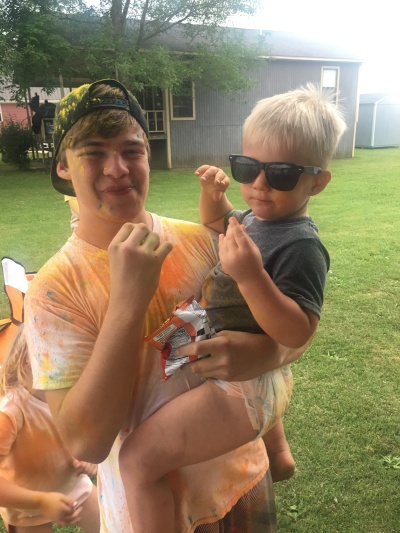 On the last day the kids enjoyed a color run. White T-shirts and colored chalk powder has never been so fun.

The camping chairs and overcast skies were a nice setting for a lazy afternoon. 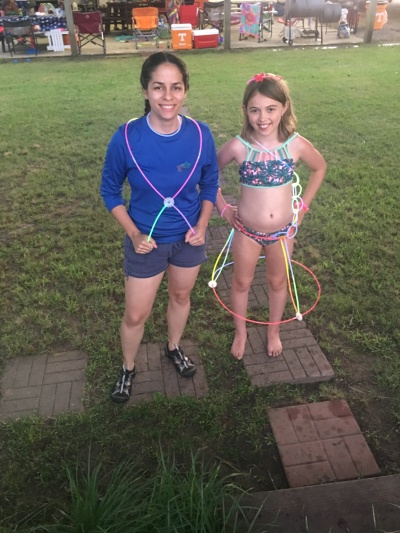 Fun with glow sticks and some fashion. 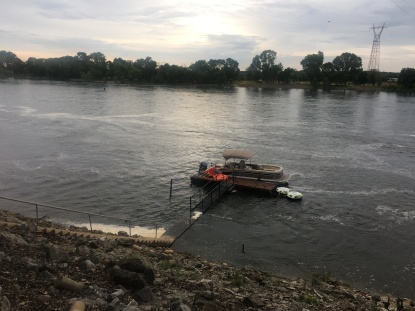 The threat of rain never caused an issue for us but lots of rain fell in other parts of the state so by the time everyone was going home the river was on the rise.

It feels like these two guys are related somehow.

We sat on the back deck reflecting on our big event coming to a close. Time passes too quickly and the warm feeling of family is something I would have enjoyed for several more days if I could. My heart broke for my girls who had to say goodbye to their new friends. They exchanged emails and one autographed rock with a heart drawn in Sharpie.

Great Mother had quietly retired from the party earlier that day as well. This past year has been a tough one for her and one of the motivators for the reunion was the question around how much time she may have left. She spent her life as such a strong woman that it is hard to see her in such a state of dependence. It feels like a final lesson from a thorough teacher.

When I think about her passing into this new phase of life I think of a quote from the movie Nanny McPhee that captures all of my feels about Grandma.

“When you need me but do not want me, I must stay… When you want me but no longer need me, I must go…”

If you cherish the happy moments in life while feeling the shadow of bittersweet memories, this post is for you. You’re welcome. Nothing is forever so we enjoy our moments in the sun. I love you crazy people. And remember… Next year VEGAS!