Summer has arrived. Spring crept along at a snail’s pace but the sun is in full force and school is out. Here we go.

This might be the laziest beer brand ever. Frio means cold in Spanish. This beer is named Cold Light. Did they have a bag of adjectives and some fermented juice and think “Wow, we could start a cheap brand of beer and revolutionize the industry.” Who tries to be cheaper than Natty Light? Frio Light, that’s who. 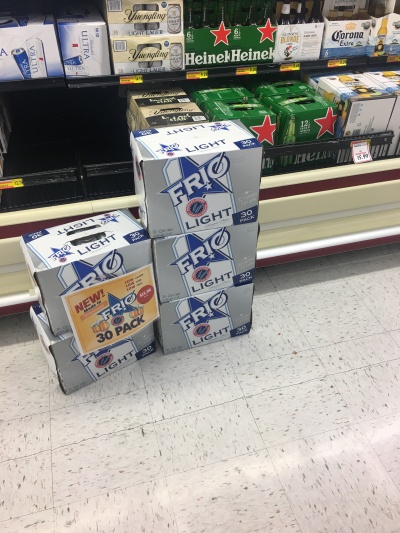 I don’t trust anything that is only 67 cents per can. Except whole kernel corn.

We went to a Painting with a Twist. For those of you living under a rock, PWAT is a class where everyone paints the same picture and has the option of getting hammered on booze at the same time. Somehow our trees look like we were actually sober. (We were.) It was a lot of fun. My tree wanted to have an angry face so I gave it one. Supermom says we can’t hang them over the bed now. We are going back in June for Jane’s birthday gift and I hope we paint a unicorn or a dragon. Or a unidragon. Hell yeah, Unidragon it is. 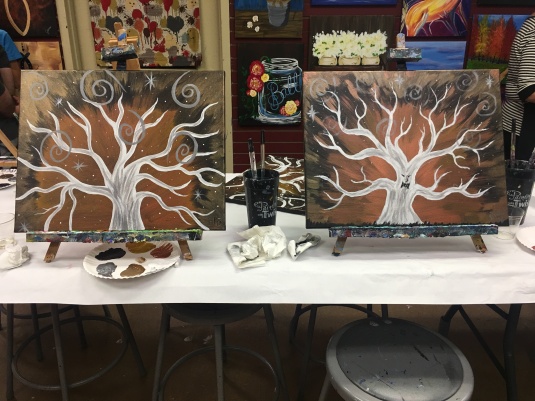 Lady Bug is way overdue for some river fun. She is having dreams about riding around behind the boat with her Daddy. She even drew this picture. Luckily, summer has arrived (as I pointed out earlier) and we have a date with the river next weekend. In fact, my father’s entire side of the family has a standing invite to gather at the river and reunite with each other. We have boosted state tourism dollars from the mass migration of our family coming to visit. Be there or be square. And to all my family, take good notes and photos because there will be a couple of blogs dedicated to this one. 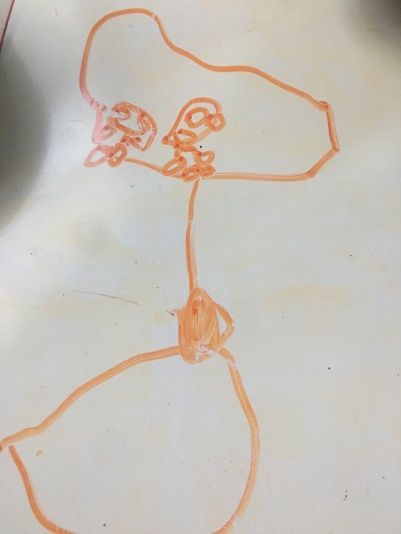 First glance I though she drew me peeing out of a second story window.  It wouldn’t be the strangest thing.

One of the best professors at the University of Tennessee was a structural engineering teacher named Edwin Burdette. He passed away this week. I didn’t have a lot of interaction with him and he didn’t necessarily affect my life in a profound way but I remember his skill. He took lessons on steel and concrete and explained it in such a logical way that you really felt like genius. Like he was explaining how to count to five. Some people work really hard to show you how smart they are. Others work really hard to show you how smart you are. Thank you Dr. Burdette for being the second type.

But don’t show up late. God have mercy on your mortal soul if you showed up late.

There is a great article at on his career at cee.utk.edu. 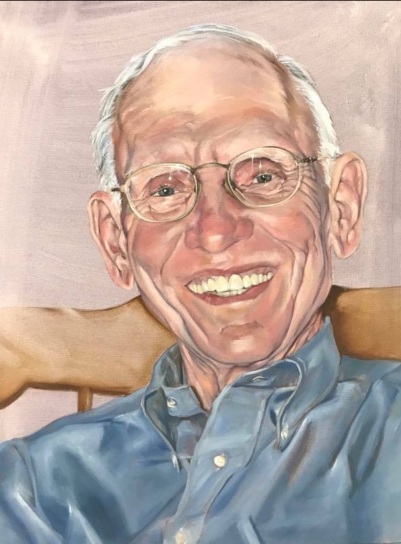 Screenshot from Facebook. Not my work. (Obviously, I can only do angry trees. See above)

One of my friends shared a painting of Dr. Burdette that was pretty fantastic too.

Credit for the painting  -> Bobbiecrews.com

One of the last projects that Prima completed in school this year was a research into states of the United States. The drawing below is supposed to be Virginia. That thing on the side is Washington D.C. Personally, I think she nailed it. 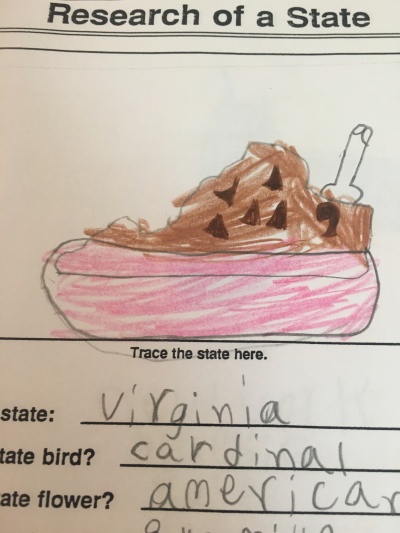 Wonder what Ben&Jerrys would name this one?

In a small country store I found a confusing bag of treats. There were no normal chips to go with my thick sliced turkey-egg-and-cheese sandwich. Only this Hip Hop + Junk Food collaboration. They tasted pretty good. They smelled like a warm fart in a bag of ranch seasoning. I want to know what bold Potato Industry Executive brought up the idea. Well played. 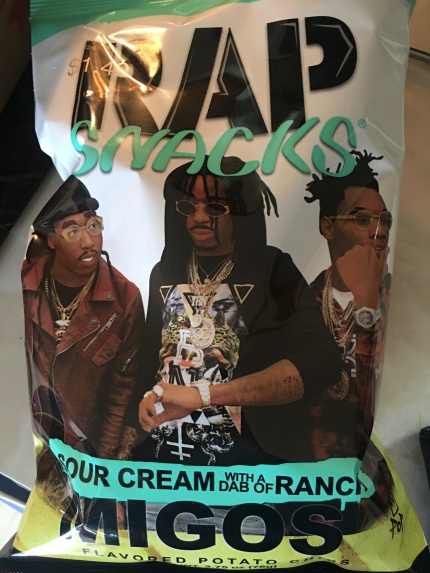 Rolling down the street smoking Indo, snacking on Migos chips. Laid back. With my mind on my Migos and my Migos on my mind.

If you are ready for all the adventures of summer then this post is for you. You’re welcome.