As 2018 gets up and running everyone is quick to dismiss 2017 as a total loss of a year. No doubt, it had some less than awesome moments. There was loss and sadness and a series of unfortunate events. But there was also good. Since my blog is really supposed to be an inappropriate time capsule diary sort-of-thing, I wanted to take a few minutes and about twenty five pictures to document what was good about 2017. 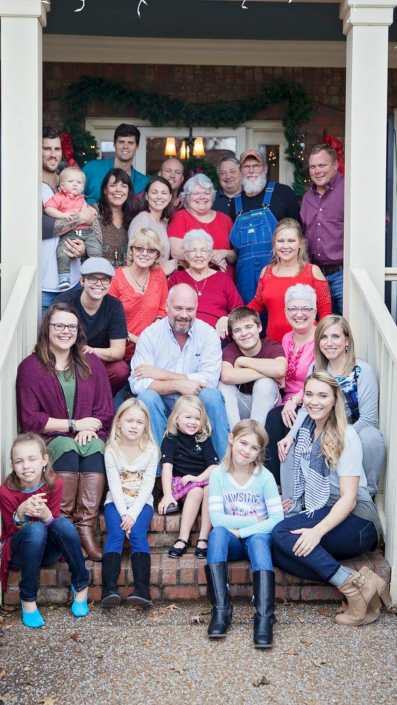 This annual event is usually the bookend to any year. It is the day-after-Christmas get together for my Dad’s side of the family and has been a tradition for about eighteen years (probably more but my memory isn’t what it used to be). All traditions change and move around due to the ebb and flow of life. I have a feeling this year was the first rumblings in a transition. I included the above picture even thought it was from 2016 to commemorate the spirit and be thankful that we still have Grandma and she was able to steal a frog ornament in Dirty Santa.

We got tickets last Christmas to go see Garth Brooks in Memphis. The concert was amazing. He sang songs until midnight and we sang right along with him. This guy is a showman. If you have the chance, go see him. 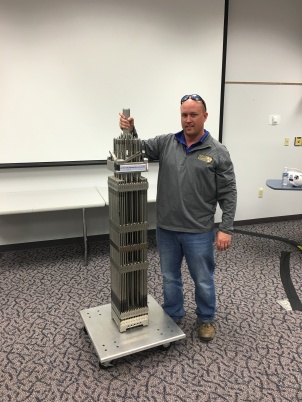 I had the opportunity to visit a nuclear power plant. I am fortunate enough to have friends who were invited and they had the thoughtfulness to say, “Hey, you know who would really enjoy this? Underdaddy. That’s who.” They were right. It was awesome.

I had the opportunity to spend the night on a working tow barge on the Mississippi River during the high water inspection. I am fortunate enough to have friends who said, “Come take a trip on the Motor Vehicle Mississippi and bring your wife. She will love it.” So I did. And Supermom did too. We loved it.

We threw a birthday party for Jane. The birthday party is becoming a rare event with four kids. We have started towards a trend of the whole family going to a movie and dinner along with a small gift. Jane wanted a birthday party and to share the joy of farm animals with her friends. The day was in April and the weather was cold and rainy. Near the end of the party the weather changed to “inland hurricane”. Everyone was soaked but they got cake, hot dogs, and were able to pet goats. Success. 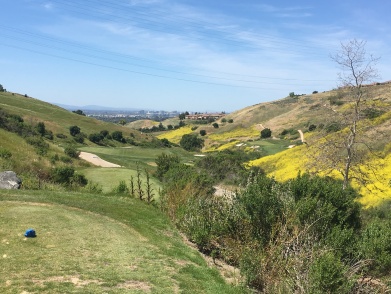 I got the chance to visit my brother-from-another-mother and eavesdrop into his life in California. It was in between floods and fires so the trip was really nice. We’ve been friends for almost two decades so it was good to see the life he has built since moving west.

I include this picture only because it is awesome. The only thing that would make it more perfect would be catching a photo of the steaming nugget on its way to the ground. 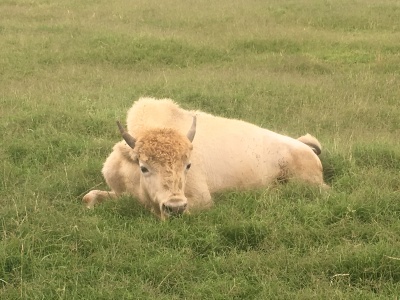 We sold the sugar gliders! Suckers! Im so glad to be rid of those little bastards. 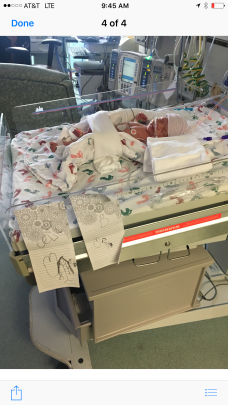 Any day out of here is a good day to be thankful. And if you have to be in here, be thankful for the nurses!

We welcomed two new family members this year. Dex-Mex and Alex. One of them decided to show up much earlier than the recommended gestation of forty weeks. He has bounced back and is full on infant. Now my siblings all have children in diapers and I don’t! (Evil laughter)

I caught a cool snake while participating in a local stream cleanup.

I love this look when I surprise her with pictures. She gets annoyed I think, but it is my favorite.

Supermom made a really cool wedding cake that we had to transport a couple hundred miles down the interstate. Thanks to my super engineering skills and wicked-cool carpentry, it made it to the destination unharmed. 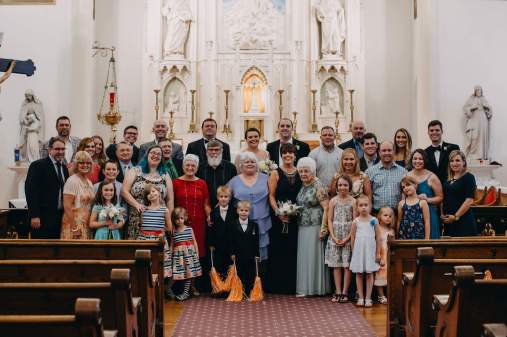 We attended the wedding also and watched our cousin get married in a beautiful church surrounded by family and friends. It was my first foray into Catholic weddings. The priest (father?) conducting the ceremony had lots of energy and good humor. I enjoyed it. I was a little surprised at the sharing of communion tradition. The priest divided the groups into three lines; Catholics in good standing, Catholics who are making the baby Jesus cry, and others. The last two categories didn’t get snack time. At least that is what my girls thought. I told them they wouldn’t get booze either way. The other memorable thing was when one of my group farted during a quiet part of the ceremony. Crop dusting in the House of the Lord… frowned upon. 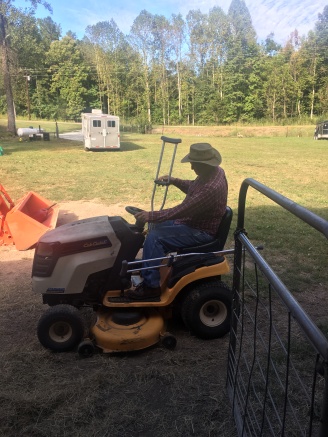 Papaw broke his leg while walking. He is not a man who accepts defeat or logic or reason. He figured out how to operate his Cub Cadet mower with his crutches. 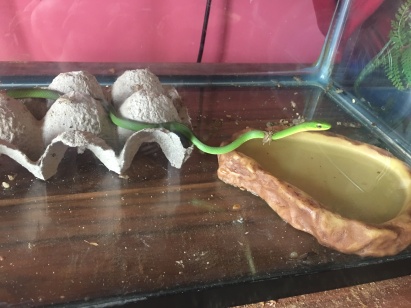 We found a green snake and detained him for a couple of days. He escaped and we had a mysterious snake living inside our house for about two weeks. That was a fun time. When he resurfaced we released him to the great outdoors and wished him well. We released him into a big plush bush since it would have good cover from predators and give him a fighting chance. This fall, when the leaves fell off, I noticed a birds nest inside the bush. Woven into the bird’s nest was a snake skeleton. Sorry buddy.

We attended another cousin wedding and it was in a beautiful church as well. They were surrounded by family and friends and the upside of this ceremony was the fact that none of my children farted mid-vow. I got stung by a bee on the way to the reception and enjoyed most of the rest of the day high on Benadryl. Good times. 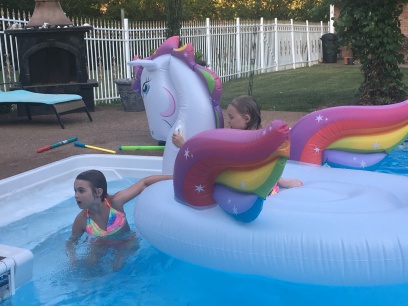 The girls got an inflatable Pegasus for the pool. They played on it for HOURS. 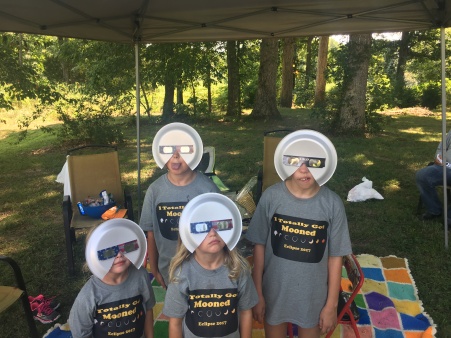 The moon covered the sun and we got to watch it live. Supermom made special viewing glasses. The path of totality was worth the trip. I would do it again in an instant. 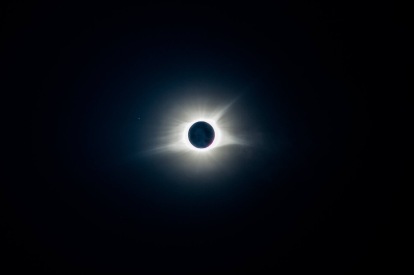 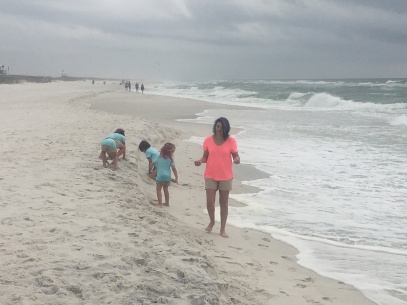 On our way to Disney, we stopped by my sister’s place. She leaves near a beach so we thought it would be a good stop over for a night and then get a little beach action before continuing on our road trip. This picture was taken during an active evacuation warning for a hurricane that was expected to make landfall later that afternoon. Needless to say, we didn’t swim. The water was just too choppy. We did find lots of shells and managed to get sand into everything. 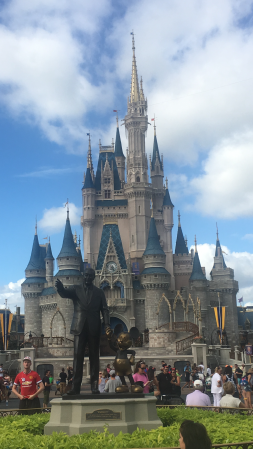 We went to Disney. It was awesome. I have a few posts on it so I wont get into too much here except to say that it was a miracle trip. The girls were good on the drive both ways. They never complained or fought with each other. We rode tons of rides. It is something we will always remember. 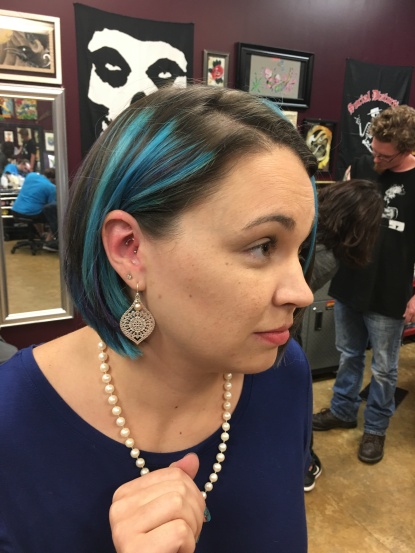 She delivered a baby while wearing those pearls. True southern woman.

Supermom showed off her high pain tolerance and potential for badassery. The piercing is supposed to reduce the number of headaches which I think has happened to a small degree. Not eliminated but they are definitely less.

We got the chance to go stay a couple of days in Memphis and see the Avett Brothers in concert on Mud Island. We ate fine foods and drank adult beverages. It was a kick-ass mini vacation. I am still dreaming about the pancakes from Automatic Slim and have considered a special trip to get some more.

We phoned it in so hard on Halloween this year. Jane was trying for “goat” but ended up closer to “Satanist Cult member”. It sure befuddled some old ladies though. Good job! 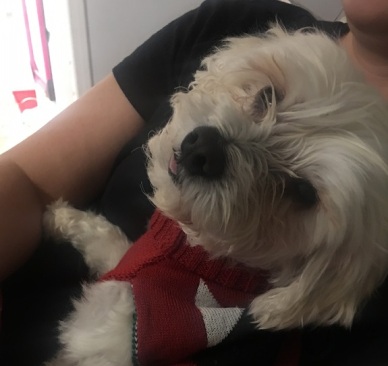 So cute you almost wouldnt know he rolled in poop in the yard.

We added a new four legged member to the family. Jasper. He is a sweet heart. Not the brightest bulb in the box but neither is Judy Cornbread so they make a good team. Her tail hits the wall and they both go crazy barking at intruders. Gentle doofuses.

I do purchase shows for my children. Just FYI.

We travel across state for Thanksgiving this year which is our bi-annual tradition. I got to fry a turkey with my father-in-law or Jungle Papaw as the kids call him. They call him Jungle Papaw because he lives in the woods and not because he swings from vines and wears animal skins as clothes. Just to be clear. It is cool to see how the family has grown and changed through the years. 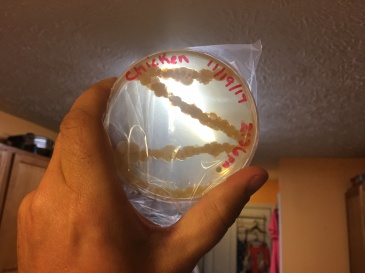 Jane won third place in her science fair. The experiment was cool. I hope it energizes her for science and academic study. She has the mind for it but sometimes needs the motivation.

Blue Skies in the Big Easy (For Ten Minutes)

I had the opportunity to travel to New Orleans for work. The food was incredible. The conference was great. The weather was shit. It snowed and iced for the first time in a decade in New Orleans and caused the interstate to be closed. I was expecting a milder climate and brought only a light coat. Walking to lunch and dinner was really, really cold. During this same time, Noni graduated with a Bachelors Degree and Supermom went to celebrate with her. Good Job!!!

There are other things too. I fell in the river and ended up in a pink Snuggie while my clothes dried. We had all the adventures of the Christmas season but I think I’ll let that roll forward to the next time. Our Elf fail will be a good story on its own.