Picking up where I left off. Last weekend we took an overnight trip to Memphis for food, fun, and music. Memphis has all three of these so the trip was a success. We avoided other things that Memphis has such as aggravated assault and armed robbery. I count that as success also. Thank you, Memphis, for leaving my radio in my car and my driver side window intact.

Here are a few photos from the concert, The Pyramid, and a breakfast pancake worth stabbing a family member over. All you tourists hit places like Beale Street and the Rendezvous but I would encourage you to work in brunch at Automatic Slim. Oh, and dinner at Flight. It was amazeballs. Totes delish. I think I saw an actress from Bridesdmaids too. The one who played the new best friend of the bride (Maya Rudolph). 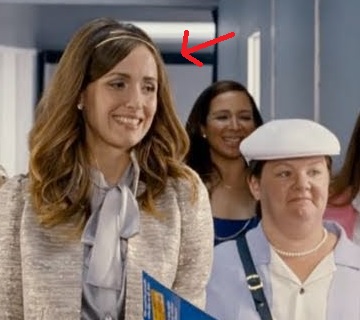 She wasn’t having as good a time because our table was next to hers and we were pretty loud. Or she was having a terrible time with her date. He looked concerned that she was unhappy and she looked unimpressed with life. Maybe she was unimpressed with out discussions about kid vomit and poop? Maybe it wasn’t her but this lady was a reasonable facsimile and I never see famous people so I’m claiming it. Don’t steal my joy. Yeah, the more I look at the photo, it was definitely her.

We did get to see the Avett Brothers up close. Seth made a run through the crowd and came within fifteen feet of us. He had a thing with Jennifer Carpenter from the TV show Dexter which, by default, makes him one of my favorite members of the band. I don’t know if they worked out or not because he seems a little wholesome and she has a bad-girl streak. Wait, wait… I Googled it. They are married and had a baby boy named Isaac. Congrats! 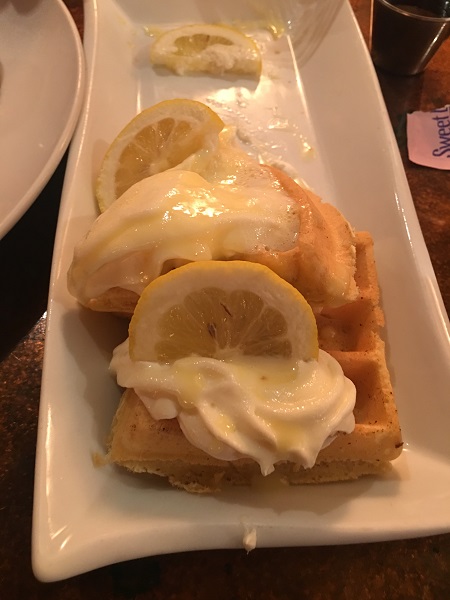 Here is the aforementioned pancake. I wouldn’t stab anyone over this one actually, it was lemon meringue. But the peanut butter one is another story. After brunch we went to the Bass Pro Shop built inside The Pyramid. For all of the non-southern people and non-Tennessee people, The Pyramid was the product of Memphis embracing the fact that it is located on a major river similar to the Nile and named after a city in Egypt. This effect can also be witnessed at the Memphis Zoo whose entrance looks like something from the Valley of the Kings. The Pyramid is a giant hollow, metal skinned building which once housed a venue for sporting events and concerts but now is host to an outdoor store on steroids. Think if Outdoor Man had a love child with Celebrity Station. Does anyone remember Celebrity Station? That place with arcades and putt-putt and go-carts? Never mind.

PETA Disclaimer: Only real animals harvested with projectile weapons were used in this exhibit.

I would also like to include some photos of things my children leave in their wake as they move through the river of life. There are on-going disasters, curious relics, and little nuggets of beauty that make it all okay-ish. 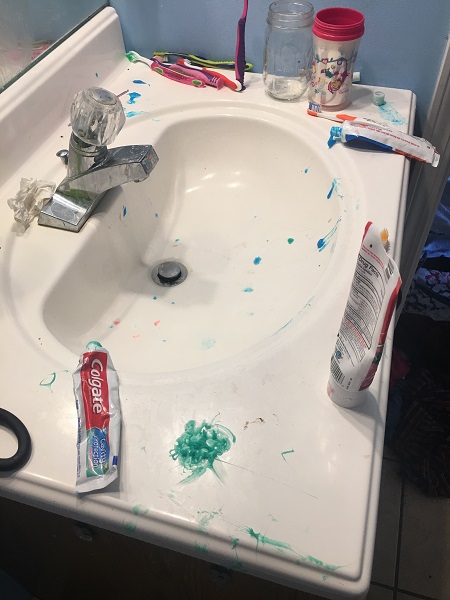 Total war zone. I don’t think it counts as hygiene at this point. Four days time. How did the green spot even happen?

This was scribbled on a notepad left on my bedside table. It feels like something at the beginning of a horror film. 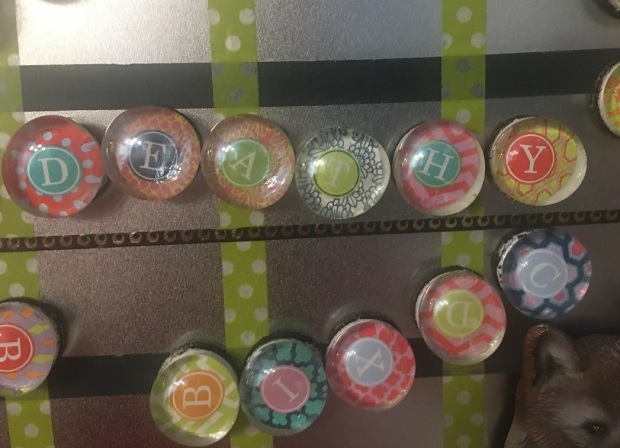 This happy little note was left in magnets on the pee-pee board we used to incentivise the youngest not to pee in the floor. 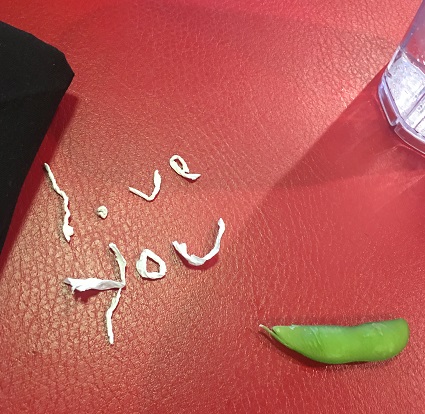 If I write a book I think this would be the cover. Maybe the title too.

Disney is coming soon…. I can only imagine the blog fodder that is coming my way. If anyone among the twelve to fifteen people that read this are associated with Disney please know that I would be more than willing to trade a bang-up review of the Beast Castle dinner for actually getting reservations to eat at the Beast Castle dinner. You don’t even have to make it that special. I will straight up lie if I have to. I know I won’t have to because it is magical and life changing in its breadth and depth. But on the off-chance that the night is less than magical, no one will ever know. Just think about it and let me know. I will be one of a group of eight people who all have the same T-shirt and squinty look of confusion.

If you love trips and kids and any combination thereof, this post is for you. You’re welcome.