We went to the movies tonight for the first showing of Fifty Shades Darker. Once again a woman sitting near to us pulled out a bottle of pills before the show and asked the person next to her if they would like to partake. What are these people doing? Ecstasy? 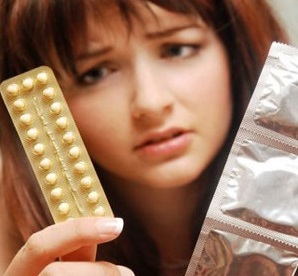 This showing was not as well attended as the last premier; described here. I thought long and hard about if I should attend the premier since the last one was so questionable. My reasoning landed on the fact that by attending the very first showing I had a good chance of avoiding seat stains from all the crowds that will eventually pass through. I knew Supermom would make me see it so we might as well be first in line.

However, what the movie lacked in depth it recovered in partial frontal nudity. There were abundant scenes of boobs. By boobs I mean exactly two boobs shown many times and not many different sets. I guess they weren’t as much “abundant” as they were “frequent”. There were also a couple of scenes that might have justified a stricter rating than R. Angry bondage is hard to categorize I guess.

The whole story seemed rushed and much like our primate cousins, Bonobos, the tempestuous couple always resolved any confrontation with sex.

Then there were the plot holes. In one confusing series, Christian Grey crashes a helicopter into uncharted wilderness only to show up, unscathed, later that night (4 hours after the crash in the wilderness) at his penthouse in the city. He couldn’t have walked out for help in that time and the news was reporting that he was still missing on the TV in the background. After fifteen minutes of assuring his family that he is okay, they leave so he can have sex with Anna on a marble rug. Sounds legit. Although what brand of narcissist has a rug made of stone? That was truly troubling.

I swear it isn’t carpet.

Other scenes throughout the movie made me giggle. On what planet do any of these scenes work? Why is no one else laughing at this? Then I started think how half of those pretzel positions would made any normal person fart and I started laughing more. I struggled to keep it together.

One scene Christian commands Anna to remove her underwear in a fancy restaurant. They had unprotected sex about five times that day. I doubt she is wearing lace much less passing them under the table. Then he pleasures her in an elevator while other people are present. Tell me someone, in what world do women find this stuff tantalizing?

Lady on the left, “Sweet baby Jesus, get me outta here.”

In another scene, the psychotic billionaire dresses down the quasi-nudist protagonist and they make a good 45 seconds of loving. (which was the only believable part) Then before going to a party he convinces this woman to cram two steel Chinese medicine balls in her lady pocket and attend a ritzy gala. At the same time. After an entire evening of quiet orgasms at every turn, Christian sneaks Anna off to a bedroom and pulls the medicine balls out and she is suddenly ravenous for some love making. All I could conclude at the end of this movie is that Anna must have a vagina made of shoe leather and Christian must have a double jointed penis that makes Espresso.

I know this movie is fiction. I tried to enter the world of suspended disbelief. I couldn’t do it. If I tried any one of his smooth moves, any single attempt, I would be shut down immediately or possibly under investigation by a law enforcement agency.

This is what it would look like if I tried to live that life.

Supermom assures me that the books did a much better job of creating steamy scenes and dramatic tension. No doubt. While reading you can avoid the reality of what this stuff really looks like. Everyone likes to eat sausage but no one wants to see it made.

If you like weak plots, rich lifestyles, and Anna Steel’s boobs – this is the movie for you. You’re welcome.