Imagine for a moment that you own an automobile manufacturing company. For the past ten years you have been building economy cars. You know how to build economy cars really well. You are the KING of economy cars. While preparing for next year’s production plans you get a report.

Market analysis shows that companies who are shifting their production to trucks are doing very well. Your company has known about this trend for several years but changing is very expensive. The company has tried several initiatives to keep up with the changes.

You started a new division that makes a limited number of trucks and has lots of success. You know you need to make more trucks if you are going to be successful in the long run. However, the economy car employees aren’t trained to make trucks and finding the time or resources to train them is tough. You are doing the best you can but changing over completely would probably lose money the first year or two and the company can’t afford it. Large scale changes are risky.

To make things worse, economy car customers have been buying more and more trucks so demand for economy cars is at an all-time low. You reviewed the manufacturing process and made changes to make the process efficient. Materials were outsourced. Features were standardized. Costs are low but lack of demand is driving prices lower so profits are still not good.

The cars that you will sell next year are so cheap that the customers will buy them because they don’t have another choice and you will sell them because you don’t have a choice either. Resisting change and holding out on investing in the obvious success of trucks has killed your company. You may linger on for a few more years but if something doesn’t change you will face one of two outcomes: 1) All your customers will leave for trucks or 2) You will go broke trying to make economy cars.

Now imagine that you run a school system.

A school system that has been in slow decline with a troubling record of customers leaving for nearby systems. There are parts of the system that are enjoying success but they are small parts and changing the entire system to match their method is daunting. Teachers would need additional training. Additional staff would need to be hired. It would cost a lot of money and at the end of the day, you are at a cross-roads.

You have to decide where you want to be in the world. Do you want to have lots of willing customers who enjoy your product or do you want to decline until the only customers you have are the ones who have no choice? The answer exists. The road is uphill but at least it is paved.

Maybe we can figure this out. Every kid deserves to be a truck. 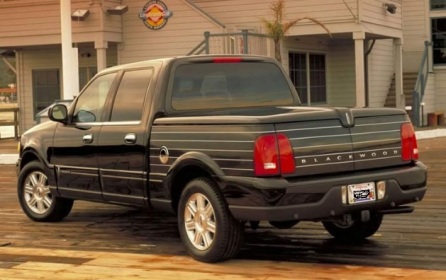 I have been reading Creative Schools by Ken Robinson, PhD. He has a TED talk that is worth watching, watch it here. This guy is onto something. The catch is that we can’t nod our heads in agreement, we have to actively promote change. I have no idea how to go about it but I’m looking into it.

Sorry to stray off topic of kids, poop, and wild animals. We recently fostered a squirrel so don’t worry, the stories are writing themselves. I just have to slow down enough to write them.